Be good to each other, we all just want to be happy 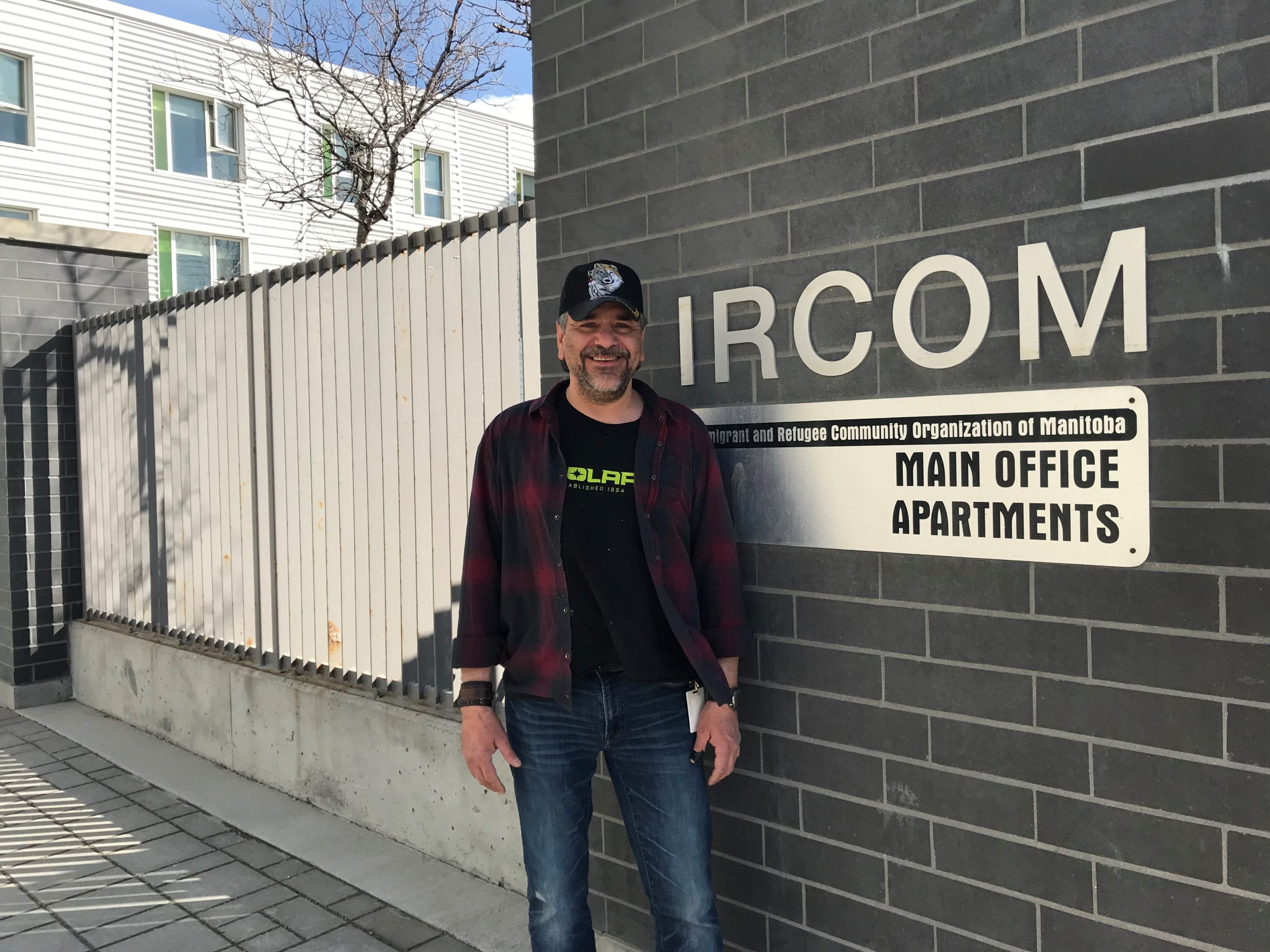 From the corner of my eye, I could see Gabe coming in and out of the office. He stopped by the key box and leaned against the desk. Most mornings, since many staff are working from home, there are few of us around. There was a restlessness about him, he was loitering. I was used to his comings and goings. He’d often poke his head in, say, “Mornin’”, and then get on with work. Maybe it was the eeriness of a quiet, almost lifeless IRCOM, maybe he was stressed about COVID, maybe something else, but he returned to the key box for the third time in less than 10 minutes, and lingered there. It caught my attention (his movements) and then the long pause. I pushed my chair away from the desk and scooted over to the doorway.

“How are you, Gabe?” I asked casually. As the live-in building supervisor, he mostly visited my office to get into the electrical room, which was only accessible from there. We had few real opportunities to talk, that is, about things other than the building or tenants.

At our largest, the IRCOM team was 86 strong. That’s before COVID, funding cuts, funding losses – that’s only a few months ago. And although I knew everyone by name and face, I didn’t always know their story. It’s hard to find the time, I mean, it was hard to find the time before now. There’s this pace to our work that keeps things moving quickly: meetings with tenants, workshops for community members, organizing classes, delivering services, intervening in crises. We’re in the ‘people’ work; it never quite ends. And on the best of days we have our hands full, without a pandemic, a city wide lockdown, and families terrified and under-resourced.  And because if I’m honest, we have- we had- a large, really strong team that trusted each other to do our parts. We didn’t often meddle in each other’s work unless it was necessary. I knew Gabe was a star performer, so, like many managers (a common challenge when supporting large teams), I didn’t invest enough in our relationship because I trusted he was getting on just fine without my help.

“I’m fine. Was replacing this valve on one of the boilers, have some patching to do in one of the suites, I’ve almost got that one apartment ready to go”. His list of tasks, both done and waiting for him was long. He provided so much detail; I may have understood half. But he didn’t answer my question, I wasn’t sure if he heard me.

“No, really, how are you?” I exaggerated the “you” and waited patiently.

“You know, I really like it here.” His smile faded. His shoulders dropped, he pulled up a chair, and sat down.

“Tell me something,” I began, making it clear he didn’t need to answer if he didn’t want to. “Why IRCOM, I mean, why did you chose to work here?” I’ve asked that question of dozens of staff over the years, mostly curious what brought them to our organization- where we fit along their journey.

“I love kids. And these kids, you know, they just run up to me- for me to pick them up, to hug them. They don’t even know me.” His eyes welled up, voice cracking. He brought his hand to his cheek to catch a tear.

We were 15 feet apart, in two different rooms. I was sitting in the doorway of my office, and he was behind the main reception desk. Because of COVID, IRCOM’s offices are closed, so the main lights are off. The morning sun, though, streams in through my office windows and spills into the reception area. The phones are diverted to staff off-site, and only those who are approved to be on-site are here. Very few of us.

“You’re family to them, Gabe; they know you. You keep them safe, live here with them. Kids love, they just love.”

He leaned forward, rested his elbows on his knees, and hung his head. I didn’t say anything more; I could see he was hurting. I hadn’t meant to, and I’m not sure that I did, but my questions may have brought something to surface. He had much he wanted to say. And since I had asked a few days earlier if one day I could interview him for the IRCOM blog, and he had said sure, I realized that one day was today. Before he really got started, I asked if I could take notes. He nodded, and I grabbed a pad of paper and pen.

Born in Wabowden, MB, in a cabin with the help of a midwife, Gabe lived much of his life in the north.  His childhood years were spent in Cross Lake, then Thompson, the Pas, Norway House, Calgary, and Winnipeg. Not in that particular order. They moved around a lot. He understood Cree, but didn’t speak it much. He was proud that he had gotten his treaty rights back; they were stolen from his mother by the Indian Act because she married a white man. He said, theirs wasn’t a happy marriage. She endured a lot, but she loved her kids and did right by them. He wove stories together, I scribed feverishly, interrupting a few times when I couldn’t quite follow who he was talking about or where we were. But otherwise, I just listened.

He stopped a few times to rub his hands together. They ached he said, from all the work. Decades of work, I’d soon learn. He has managed properties all over the place. More than managed; he’s built, fixed, and improved homes. He did everything: dry walling, plumbing, electrical, soldering.

“It bothers me, you know, the discrimination, just seein’ people not be good to each other.” There wasn’t sadness in his voice, or pity. His words were warm, full of care, delivered with a fatherly love. He spoke from a place of knowing, but whatever he carried, it hadn’t hardened him. The IRCOM families were his family too. It sounded to me like he was beaming with pride, standing in their defence.

“Thought I was done with care-taking. Then, I saw the ad, it looked interesting. All these cultures, they come, they just want to be happy here.” Now I teared up. He had chosen us; he brought a lifetime of skills and experience, and a heart full of love to our community. And he made this community his own, all because he believed in something so basic. Something that it seems to me is, sometimes, for some people, hard to grasp. Be good to each other, we all just want to be happy.

**I asked Gabe’s permission to write this story and share it. 🙂 Over 3 days, and many conversations, he told me so much more; the above was one moment. I have pages of notes, many stories from his nearly six decades on this earth. I told him, after all the story telling, that I couldn’t write a book, it’s just a blog. He smiled and said, “I know, I know, just thought I’d tell you.” I should add, he wanted to fix himself up for the picture- I said he looked great. He smirked and complained he was covered in dust. LOL.

March is reading month! 📚 We miss having liter