A single vision of the future 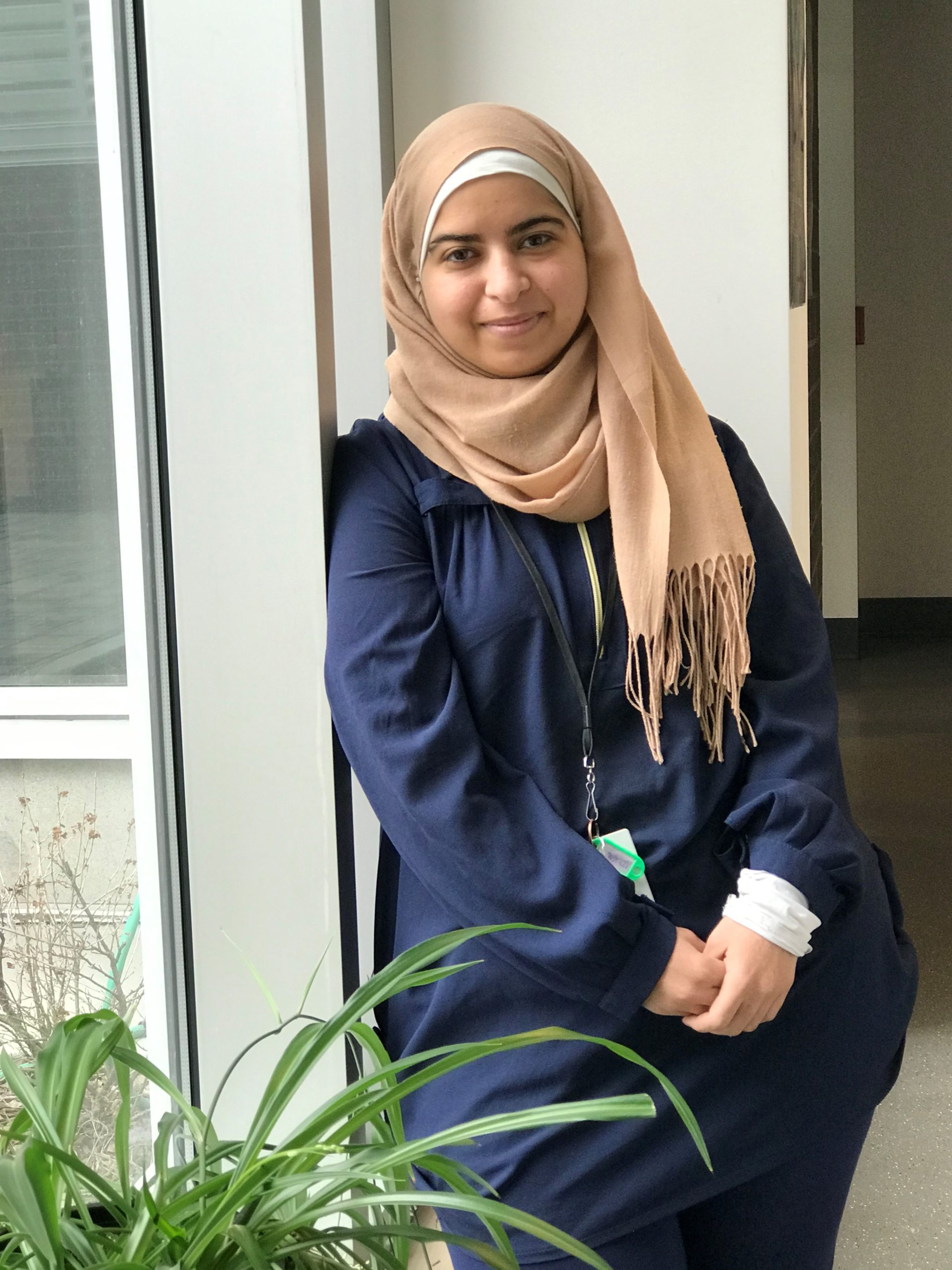 “A PhD?” I asked. Her statement was quite unassuming, couched in between stories of life in Kuwait, studying in Egypt, and most recently moving to Canada.

“No, a medical doctor, a general practitioner.”

I was simultaneously proud and disheartened. My pride came from hearing what this incredible young woman had already accomplished, my sadness came from knowing how much harder the journey must be for her, because of how Canada values, or rather devalues, the skills of newcomers.

In pursuit of a dream many newcomers abandon, Nouran holds onto this vision of herself: a surgeon in Canada. The obstacles are so many. Trained in Egypt, her education and credentials are not recognized here. She has years of studying still ahead, exams, and medical residency – all in all – maybe a decade, before it could be possible. Never mind the costs and what must feel like a life delayed. And yet, her eyes shine as she describes her future with the greatest clarity, absolute certainty, an enviable conviction. I could see as clear as day, a doctor in surgical scrubs, scalpel in hand, sitting there, describing the exhaustion and exhilaration of her long day.

It was mesmerizing. Nouran left me in awe of her, of the spirit it takes to do what is necessary to realize one’s own calling. She was so matter of fact about it, unapologetic; it wasn’t a question of if, it was when. And even that, she had mapped out, to every detail: this many years of study, this many exams, this many applications, this much time in residency, this much time training in a speciality. And as she told me about her days here, living alone in Winnipeg, I realized she was advancing towards this dream an inch at a time. Her work was for sustenance, her days spent so she could have shelter, food, and the basic necessities. Limited companionship, a couple of friends she rarely spent time with (even before COVID), and a call a day with her mother back home, to check on her wellbeing. And then just studying. Opening the books and studying. How, I asked repeatedly, how do you know, how do you see it so clearly?

It’s taken me much longer than I expected to begin to understand her steadfastness. I’ve been unable to put my thoughts together for weeks, in large part because I hadn’t seen this fire in anyone until now. When I write, it is in the ‘stream of consciousness’ style, as though I was speaking. I put to paper whatever thoughts flow from my mind. I do not filter or edit them. But my recent conversations with Nouran stunned me into silence, both in my mind and on paper. It takes a lot to shush me and my ever-racing thoughts.

I wish I could describe what it was about her words that struck me so profoundly. Maybe it was the way in which she spoke, from the core of her being, because she knew who she is meant to be, what gifts she brings to the world, how she will change the future. Her words echoed in my mind for days, and I kept returning to one question, what drives her?

Although I haven’t seen the resumes of IRCOM’s entire staff team, not even half really, I know from conversations that many of my colleagues have education and training that far surpasses my own. Over the years, we’ve employed several doctors, of medicine and philosophy, and many others who have held master’s degrees and years of work history. I’ve always been and continue to be in the company of brilliant minds; so much of our success is owed to each of them.

But I understand too well that it is a double-edged sword (their foreign education and experience). Within organizations like IRCOM, who recognize it, it’s a competitive advantage- but rarely if ever do we hire for positions related to their specialized training. We value the credentials as Canadian equivalent and know that post-secondary education helps to strengthen many critical skills. We, the IRCOM community, benefit from their talents; yet the whole of society loses out when those talents aren’t fully utilized.

Nouran explained her journey, of leaving behind her family who have been living in Kuwait for years. In the last few months, as COVID was discovered there, minority groups were being targeted and blamed. Her family, living across the world, are feeling outside of the community they’ve called home for decades. Their dreams are being lost, taken away. As ethnic Egyptians living in Kuwait, they have some but not all rights, and with the onset of the pandemic and panic, people who were once neighbours and friends are turning on each other. Not all- some are rallying together and coming to each other’s defence, calling for equitable access to health supports. Nouran’s pain was visible; they felt they were a part of that community. Now, they have discovered as that community faces adversity, just how precarious their belonging truly was.

Nouran and I, without saying anything, knew how these particular experiences of minority groups in Kuwait stand in stark contrast to what we’ve seen here at home in Winnipeg. Although many working with newcomers believed it was impossible that the government would ever extend health services to everyone, regardless of their immigration status, it has happened. All who call our community home can now get screening, testing, and treatment for COVID. And no, I am not naïve enough to believe this is some altruistic change in philosophy; it is driven by public interest and public health. Nonetheless, it proves that truly universal healthcare is possible in Canada. That is the dream I think that Canada offers the world; I know it was the dream that my family believed in. That here, we can prove the impossible possible: within one lifetime, within one generation.

Weeks passed, I could not write my blog. I could not move on. What was I meant to learn from this moment?

Then, at the end of what felt like several long days, pondering, staring at the sky, I found my answer.

I rushed home after work, opened boxes of university books, and started flipping through pages of notes. Peter Jensen. Peter had said something, I wrote it down verbatim, I could see the page clearly in my memory, but couldn’t make out the words.

Peter was one of my instructors at Queen’s University last year as part of the Executive Education Program. A world class Olympic Coach, Peter told us that “athletes have no special physical advantages to any other person”. No inherent talent. Nothing unique they are born with. Peter said that what coaches appeal to within the athlete is “the individual’s autonomous power to transcend the limits of our genetics and environment.”

What Olympic athletes have and their coaches train them to hone in on is a “single vision of their future”. In every waking moment, athletes are asked to visualize themselves on the podium, to hear the crowd, smell the track, the turf, or chlorine evaporating from the pool, to pay attention to where the sun enters the arena, how their tracksuit feels on them as they take part in the opening ceremonies, how their shoes hit the ground with each step. Those images are real; they are made to come to life today, even though they will be “lived” in the future.

In this tiny mauve office chair, sitting, slightly hunched, Nouran the surgeon appeared. She beamed with promise. And as we prepare for a phased in re-opening, she sits at the front desk, answers the phone, and helps community members with their inquiries. I glance over and see her. But now, my eyes and my heart see the warrior that lives within and I am thankful to her. In this past month, she has been my teacher. I have felt my courage grow; my dreams come into sharp focus, my conviction emboldened, simply because I stood in the shadow of her heroic quest.

Have you heard that IRCOM is now 30 years old? Af

For World Refugee Day on Sunday, IRCOM staff made

It's World Refugee Day - This event honors the cou

There has been a problem with your Instagram Feed.