As a newcomer, I have a complicated relationship with Canada 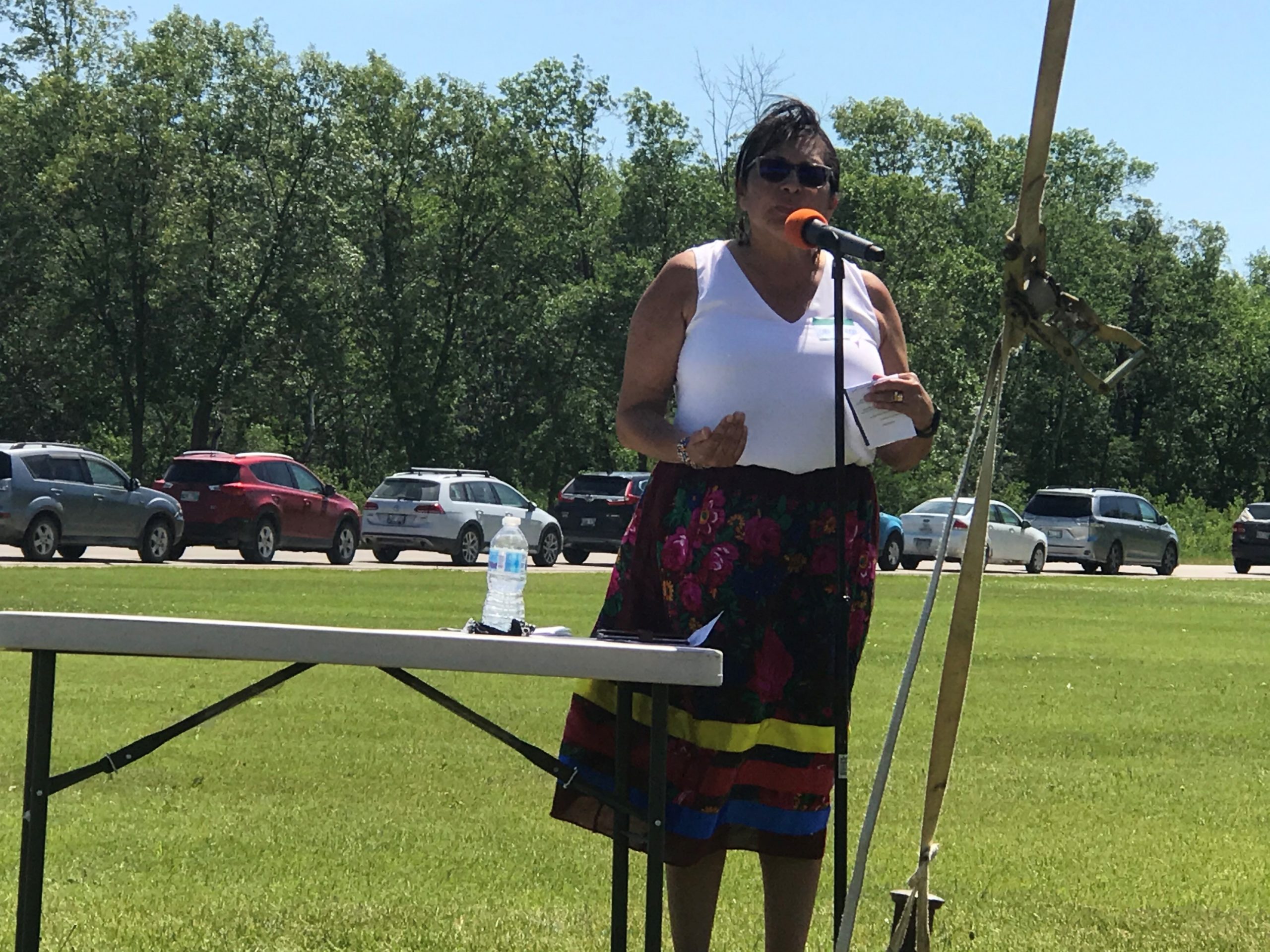 As a newcomer, albeit not a recent one, I have a complicated relationship with Canada. On the one hand, I owe this country my freedom and all that has been made possible because my family was welcomed here. We were resettled under the “political prisoners and oppressed persons class”, as refugees, thirty years ago. Canada was only one of two nations globally that was willing to accept us.

On the other hand, I am now aware that from the moment I arrived, I was a settler, continuing the colonial narrative. My family found safety in Canada, permanence, belonging, many rights and responsibilities, all that were further assured to us when we took the oath of citizenship. Citizenship in a country that I have learned, only as an adult, because it was never taught in the public school system, oppressed the Peoples of these lands and aimed to legislate them out of existence. Our family fled oppression, a foreign government that sought to control the natural resources of our country and to subjugate us. Unknowingly, upon landing in Canada, we became the oppressor.

This was hard to understand and even harder to accept. My Canada, the one I cherish and identify with, the one whose values I have internalized, the one I believe offers the world a living example of multiculturalism, diversity, and inclusion had a different history and a different present than I was lead to believe. It became harder to love this place in quite the same way, having lost my youthful idealism, and seeing what I imagined, replaced by a painful truth.

Last Saturday, as I attended a beautiful Multiculturalism Day celebration at Assiniboine Park organized by the Ethnocultural Council of Manitoba – Stronger Together, a small event respecting physical distancing and public health orders, I listened intently as Loretta Ross, Treaty Commissioner, gave her welcoming remarks. She spoke of the First Nations that have called this place home for millennia, and noted that each of them has their own distinct culture, language, traditions, and customs, although very much a “shared sense of humour.” She greeted the man seated to her right, from the Dakota Nation, and motioned to her left, her husband, from the Cree Nation, and shared that she herself is Anishinaabe. She explained that amongst them there was diversity, which should be both celebrated and recognized, not solely be reciting land acknowledgments, but by ensuring there is a seat at the table and an Indigenous voice in every policy and systems conversation.

Ms. Ross said the First Nations entered into Treaties with the Crown so that those who came here could live freely, find refuge, a new home, and a place in which they could realize their dreams. It felt like she was speaking directly to me, although I imagine her words rung true with many of those gathered, hailing from well over twenty countries. I paused and thought, how have the settlers, I included, lived up to the promises of the Treaties?

At the refugee reception centre that processed our resettlement paperwork, Canada might have been described to my parents as the land of plenty. That was the impression they gave, trying to excite us for the next part of our long journey.  We came before the age of the internet; we couldn’t Google the place to see what it would look like. At best, there might have been a pamphlet or a brief pre-departure orientation. We knew it would be cold, but that was about it.

There was the promise of work, the ability to earn not just enough money to survive, but so much that in time, one could buy a home, a car, and maybe take a vacation. There was democracy, freedom of the press, a world class healthcare system, free primary education; the list went on and on. It seemed Canada had so much to offer and asked so little in return.

It was only after arrival that the dream bubble burst. Without English or their education recognized, my parents were barely employable. The work they managed to get only paid minimum wage. Then and now, minimum wage wasn’t enough for a life of dignity, never mind paying for adequate housing for a family of seven and enough food to feed them all. With so many seasons, we couldn’t afford proper clothing: rain gear for wet springs, light clothes for blistering summers, lined wind-breakers for gusty autumns, and insulated, layered snowsuits for frigid, unforgiving winters. All that times seven people.

Two full time wages couldn’t make ends meet. So once my eldest sister had a social insurance number issued, my parents got more work under her name. We were hired by a cleaning company subcontracted to various locations. I was fortunate because, as one of the “unofficial” employees, seeing that I was about ten years old at the time, we got a job at a museum. Several evenings a week, starting after bedtime and working for hours into the night, we cleaned it top to bottom. I rushed through the offices emptying out garbage bins and dusting surfaces so I could get to “cleaning” the fun parts. With rag in hand, I would slip down, feet first on my belly, pulling the moist cloth behind me along the big tree slide. Then I’d sit in the train, at every booth, wiping the tables and washing the windows. I thought it was every kid’s dream to have free access to the museum and no one to stand in line behind.

My early experiences of Canada were like that; some absolutely wonderful, but others, very, very hard. We were greeted here by poverty, a harsh climate, a language we couldn’t understand, and a truth that was not as advertised. The families who lived beside us on Selkirk Avenue and then on Manitoba Avenue, could trace their lineage countless generations. They had birthed and buried on this land for thousands of years. Yet they didn’t appear to be living the “Canadian dream”. We came empty handed. I think my parents were expecting to build from nothing, but why was there such hardship being endured by the families who had been here so long, long before anyone else arrived?

I thought of this as Ms. Ross spoke. Not as much about the false stories of Canada, but what I came to understand as I got older, that I feel complicit in. The one sided way the Treaties have been honoured, when and if they are honoured at all.

It’s Canada Day and I am here, grateful; a citizen, participating in our democracy, educated, fortunate to own a home, having had the privilege of several vacations, and in so many ways, living the dream. All this, within thirty years of arrival. But as I think back, although we were neighbours, my life and that of my Indigenous friends and classmates were not afforded the same opportunities, not in the least. It’s kind of like the museum; my family had free access to Canada and no one to stand in line behind. That was and is my privilege.

I know a bit better now, meaning; with every day that passes I am learning a more truthful history of Canada. It has and always will hold a special place in my heart and I think in the hearts of thousands of migrants. But I want to love this land with my eyes open, and to do that, learning is just the beginning. I am also trying to do my part to rebuild the relationships that were broken when the Treaties were broken. I am seeking to understand my role as a Treaty person.

To me, being Canadian means being situated alongside the Nations of this land, thankful that they believed those who came from away should find home, safety, and belonging here. It means expressing my gratitude by allying with Indigenous Peoples as they seek to reclaim their lands, preserve their languages, have sovereign governance, full economic participation, and the Nations to nation relationship they were promised.

Happy Canada Day, you are my home.

How has IRCOM's Housing Team adapted to COVID-19 g

Have you filled out our community survey? IRCOM is