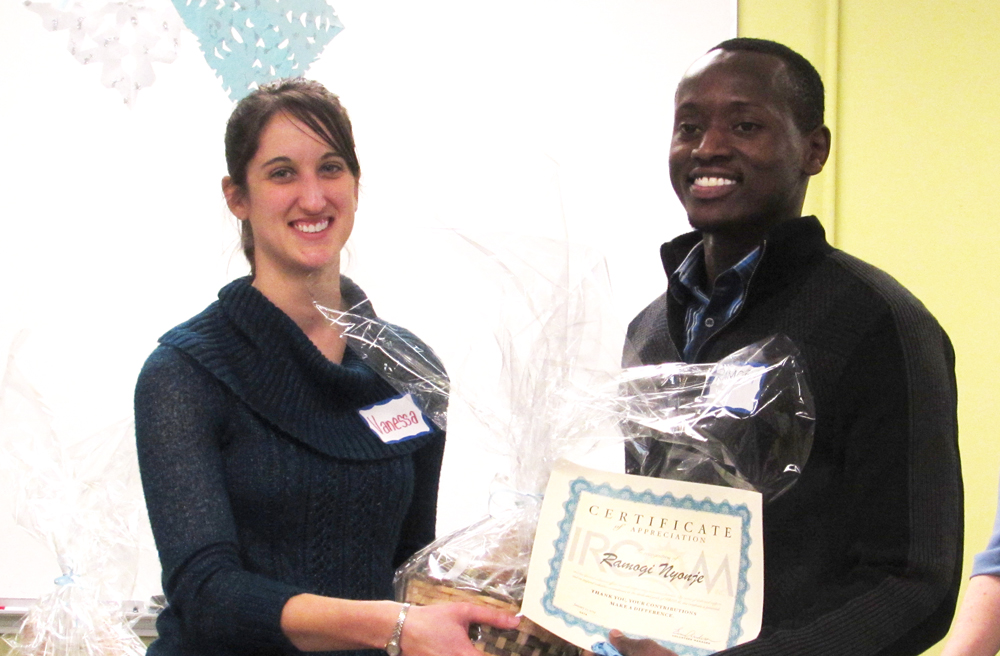 “What are you waiting for?” Ramogi challenges everyone who has ever considered getting involved in volunteer work. “It’s a great experience for both parties, for you as a volunteer and the kids.”

Ramogi Nyonje has become a long-term volunteer at IRCOM and has been part of some of IRCOM’s lesser-known programs. He started out as the coach for the U17 Boys’ basketball team, and this year began helping in the youth leadership program and occasionally coming to homework club.

One of the notable things about Ramogi is the way he uses whatever activity he is presented with as a way to build relationships with the youth and inspire confidence in them. “The volunteers have a lot of influence on these kids, a lot more than I thought I would have,” he notes.

Being the coach of the basketball team gives him plenty of opportunity to create situations to wield that influence positively. One day, Ramogi set up a competition to prove to his players that attitude and heart can influence the outcome of a game. He divided the team up for a scrimmage: all of the bigger players on one side, and all of the smaller players on the other. “Some of them don’t believe in themselves,” he explains. “Just talking to them pushes them to surprise even themselves.” Though the smaller team didn’t win every round, they did win one. “By the end, they were like, ‘Can we keep going? Let’s do it again,’” Ramogi grins.

For Ramogi, volunteering is a way to make good use of his time. He chose IRCOM because he feels connected to the people here. Many of the youth come from Eastern Africa, as he did himself. He has been a newcomer more than once, first in Germany, then returning to Kenya after seven years away, and then again when he arrived in Canada. He relates well with the challenges the youth are facing.

All of that said, Ramogi makes one more comment that captures so accurately the hope of IRCOM. When asked what drew him to us, Ramogi says very simply, “I can fit in here.”

IRCOM is sad to say goodbye to Erin Anderson. Erin

IRCOM is inviting applications for a Program Assis

September is the last month that you can buy these