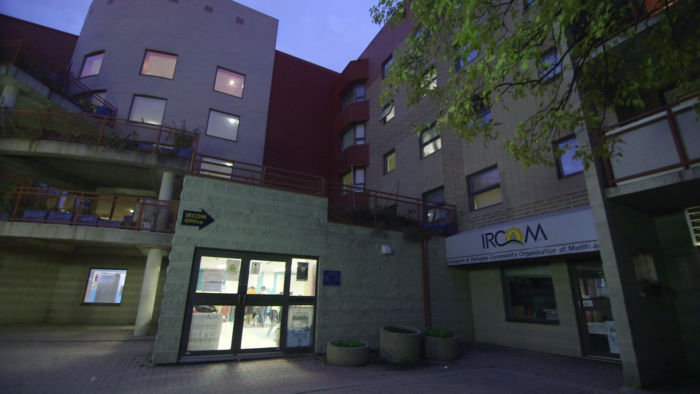 If ever there was an award for Most Enthusiastic Volunteer, Victoria Weir would probably win it. Victoria began volunteering at IRCOM when she was 16, the youngest age allowed, and has been at it ever since. Thinking it would be too difficult to continue volunteering once she began university, she tried to stop at the beginning of this year. But, like many retirees these days, she failed at quitting.

“I missed it too much,” she says. After a month away, she quit her job so she could return to IRCOM. “It feels like family. I’ve volunteered in other places, but they just don’t have the same warmth. There’s not a lot of distance between staff and volunteers and office support.”

Victoria volunteers with the After School children’s program once a week for arts and crafts. Over the years she has been with IRCOM, she has seen about 100 kids cycle through the program. “I like to see them blossom,” she says, noting that new kids often come to program quiet and shy. By the time they move out of IRCOM, they are seasoned veterans of program, always excited and ready to go.

“Everyone always knows when I’ve been to IRCOM. I leave here happy for days afterwards!” Cheerful and friendly, Victoria says that messy art projects are always fun. She recalls one day when the kids were working with glitter. “They all had glitter on their heads, in their hair. It stayed there for days!” she laughs.

When asked why she chose IRCOM, Victoria talks about the story of her grandparents. Arriving in Canada in 1956 from Hungary, they lived at the train station until they found a family to sponsor them. She says that hearing their story makes her aware of what it’s like to come with nothing, and the supports and programs IRCOM offers are important.

“Volunteering at IRCOM has given me a new direction for school and my career,” she says. Victoria is currently in her second year of a commerce degree at the University of Manitoba, where she plans her class schedule around her commitment to IRCOM. She is planning to go on to study family social sciences in social development and family economic health, and hopes one day to work for an organization such as SEED, in a program similar to IRCOM’s Asset Building program.

“What drives places like IRCOM is completely different than business. It’s about people and relationships,” she explains. “It’s so worth it; I love it. It’s only a couple hours every time. I’m not planning on leaving anytime soon, until they make me leave.”

The Netherlands ---> Winnipeg We are so excited

Did you know that you don't have to live at IRCOM

"Everyone has the right to life, liberty and secur

Women's History Month may be over, but let's remem